UNDER THE PATRONAGE OF

The College of Computer Information Technology at the American University in Emirates is organizing a Smart Cities Forum at the University premises. Throughout this forum attendees will explore the different components of a smart city to have an understating about the potential technologies that enable the intelligence in future cities. The forum is an occasion for people to meet experts in the field, to better understand the life in smart cities and to know more about its opportunities and challenges.

Where in this fast-moving and rapidly changing world do you want to go? To succeed in your chosen professional arena, you need relevant knowledge, confidence, a positive attitude, and the determination to select the best pathway to success. The American University in the Emirates (AUE) offers you such a pathway to success. Our undergraduate, graduate and professional programs encourage and enable students to become proactive, reflective and critical thinkers. Within the learning communities that AUE creates, students explore their evolving interests, exploit the value of informed curiosity, and become engaged in work with their faculty and peers in systematic processes of self-development and self-actualization.

American university in the Emirates

The forum’s mission is to provide a platform to experts and community members to exchange information and insights that may lead to more awareness about the Smart Cities opportunities and challenges. This is a precursor to increase research and education in the field and help the community to be at the forefront of the modern world. 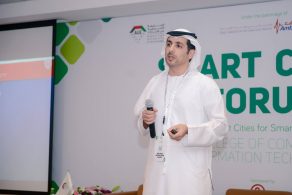 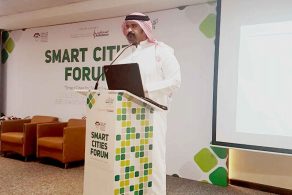 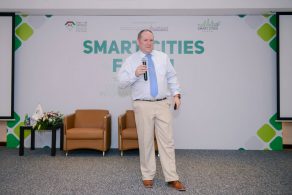 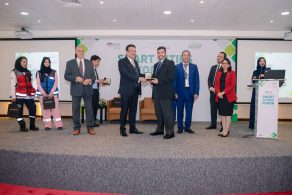 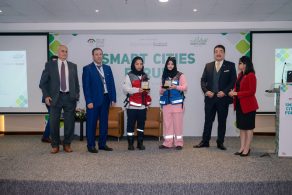 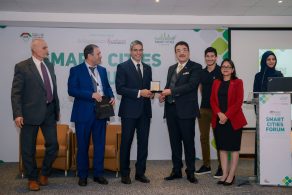 American University in the Emirates

Yasir  Elkabbany is a Business and Education leader who speaks region wide about how to bridge the skills gap in IT . Yasir is the Regional Director -Middle East and North Africa  of  The Computing Technology Industry Association   most commonly known as  “CompTIA “, the world’s largest vendor neutral Certification company .

He is a Public speaker , member of  ”Program advisory board “ of several universities in the region and member of AMCHAM -ABUDHABI & AMCHAM- Egypt . Yasir is a  graduate of University of Liverpool, UK holding a Masters degree in Information Systems Management .

Over the last 15 years Yasir has gained experience in the IT, Business , Project Management and IT Learning field.

In 2014 Yasir joined CompTIA to manage the Middle East and North Africa team. Since joining Yasir has designed and led various National training projects/initiatives with various governments in the region. He travels around the region to support the CompTIA partners, governments and Clients .

Yasir is from Egypt and currently is living in the UAE with his family,  In his spare time he enjoys reading , swimming and cycling .

Mr. Paul’s interest in the blockchain sector enabled him to be part of the team that pioneered the NEM team in the United Arab Emirates. He became one of the key personnel leading the operations of the NEM Foundation in the region expanding their reach to its neighboring countries and is now also catering to the queries coming from the entire Middle-East region. He has held various leadership positions in different Non-governmental and Non-profit organizations, a communicator, motivator and a team player.

Prior to joining DSOA, Eng. Muammar served with major real estate companies in the UAE, amongst Emirates Real Estate Corp. as the Projects and Maintenance Director, where he worked on major projects including: Ministries complex project AUH, Ministry of Education DXB, Ministry of Public works DXB, Ministry of Labor DXB, UAE Embassy in Germany, UAE Consulate in Munich, UAE Embassy in Australia, and many other prestigious projects. Eng. Muammar also served as a Design Engineer at the Ministry of Public Works in Dubai, and as a project Design Manager at ETISALAT and a partner at a local design Consultancy office.

Angelika studied mathematics and computer science at Hannover University, Germany, and completed a PhD in mathematics. After working for the German Information Security Agency, she founded her own information security consultancy company, which she later integrated into Help AG, a UAE based cyber security company. Whilst still strategically advising Help AG, Angelika is now focusing on her role in AIDirections, with the vision to empowering organizations to transform AI advantages into innovation and success.

- Development and implementation of the Cyber Security Strategy for Dubai, together with DESC

Chairman of the Board, Smartworld
Former Director General of Emirates Identity Authority

Around 30 years of experience in academia, government and private sectors in areas including policy planning and formulation, strategic IT management, business development and organizational excellence. 10 years teaching and research experience at the UAE University. I have worked as an ICT advisor to several federal and local government departments in areas including e-government, smart government, and smart city initiatives. I have published several journal and conference articles during my academic career.

First Emarati to participate in an international space program which was founded by the International Space University (ISU), and sponsored by NASA, and took place at the MIT in the summer of 1988.

Played a significant advisory role in developing and establishing the UAE national smart ID card project, and then lead the Emirates Identity Authority as a Director General DG for 3 years.

Played a major role in driving the excellence program at the Ministry of Foreign Affairs (MoFA), which resulted in winning Sheikh Khalifa Government excellence award in 2014 for the category of the most improved ministry. Also, lead the e-transformation program of the ministry which helped positioning the ministry as one of the leading ministries in the use of ICT and business enablement.

Lead Assessor for the Dubai Government Excellence Program (DGEP), and member of the judging panel of the prestigious UAE drones for good and AI & Robotics for good awards.

Dr. Asma Salman has extensive experience in the corporate sector as well as academia. She completed her MBA in Finance and Accounting and earned a P.h.D in Finance and International Economics from Harbin Institute of Technology, Harbin, China, with research credentials from Brunel University, London, U.K.

She has been actively engaged in scientific research and has published credible articles in international journals and conferences. Dr. Salman has been conducting workshops at international forums and has been involved in organizing seminars and attending conferences around the world. Research has made her gain several awards and honors around the globe. Her major areas of research include, international finance, economics and accounting.

Truly passionate about my work and always eager to connect with other peoples. Have a Leading personality, and like to be public for many of Conferences ( local or International ).

Mr. Abdulmajid Karanouh has over 15 years’ experience in leading multidisciplinary project teams specialized in developing and delivering innovative systems in response to the dynamic context of owners, end-users, market and the environment. His background is in mathematics, architecture, computation, engineering, contracting, and R&D, his design approach is based on fusing the principles of these sciences from concept to realisation. He has worked on diverse projects including many iconic buildings of various scales and types by leading practices such as Calatrava, Rogers, Foster, and Zaha Hadid among many others.

His main career highlight to date has been designing the competition winning scheme of Al-Bahr Towers in collaboration with Arup and spearheading the design team towards completion. The building won Best Innovation Award 2012, offered by the Council for Tall Buildings and Urban Habitat (CTBUH) and was included in the list of Best Innovations 2012 by Time Magazine for its standout dynamic facade that adapts to the movement of the sun